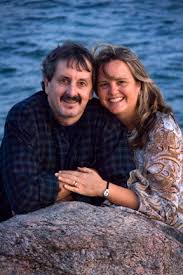 John and Lori operate the studio full-time and work collaboratively with other photographers and associates. They are especially focused on the Custom Family Portrait experience.  They feel grateful to share with others and to contribute something positive and meaningful to their lives. 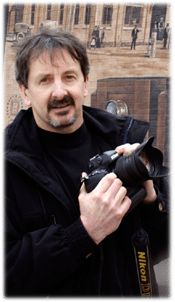 John’s bio begins with growing up in Midland, Ontario, a small town on Georgian Bay. His first visual inspirations came from looking through National Geographic magazines as a young boy. He was excited by the power and magic of photography… and amazed at how it allowed a way of sharing his own perception of the world.

In his teens, John was inspired by the work of Budd Watson, a local photographer. His love for photography and sense of vocation grew and he went on to study photography and Media Arts at Ryerson University. After graduating in 1986, he travelled and worked as a photojournalist in Central America for a relief and development agency.

John then spent ten years in Toronto producing images and photographic illustrations for books, national magazines and newspapers, as well as doing educational and promotional videos.